It very well could be Gloeocapsa Magma, some still refer to it as an algae, but actually it is a photosythesizing cyanobacteria that can damage your shingles.

What Is Gloeocapsa Magma?

Gloeocapsa magma is a cyanobacteria which photolyze water and create oxygen, making it part of possibly the most prolific and also most important bacteria. It was the cyanobacteria that helped create the life sustaining oxygen rich environment on Earth. They are some of the oldest fossils found, 3.7 billion years old. The chloroplast with which plants make food for themselves is actually a cyanobacterium symbiotically living within the plant’s cells. Cyanobacteria resemble the eukaryotic algae in many ways, including morphological characteristics and ecological niches, and were at one time treated as algae. They have been misnamed “blue-green algae” but they are prokaryotic and are not eukaryotes; it is only the chloroplast in eukaryotic algae to which the cyanobacteria are related. Algae have since been reclassified as protists, and the prokaryotic nature of the blue-green algae has caused them to be classified with bacteria in the prokaryotic kingdom Monera. Some symbiotic relationships with fungi and cyanobacteria form a colony known as lichens, the moss-like growths also found on shingles.

How does this airborne bacteria damage your shingles?

Modern asphalt shingles have limestone added as a filler to the asphalt. Gloeocapsa Magma utilizes the calcium carbonate in the limestone as a food source. The break down of the asphalt in the shingles leads to the shingles becoming hardened and brittle, they can then begin to curl and loose there protective stones eventually leading to premature failure of the roofing system. It normally starts on the north side of the roof due to the fact there is less direct sunlight and it grows best in high moisture areas, usually provided by shade and morning dew. As the colony grows, they group together, and gravity pulls them down the roof, the distinctive “streaks” are formed, which are its hard UV protective coating. This also reduces the roof’s ability to reflect heat. Left untreated, this will lead to shingle damage and shorten the roofing system’s life span. 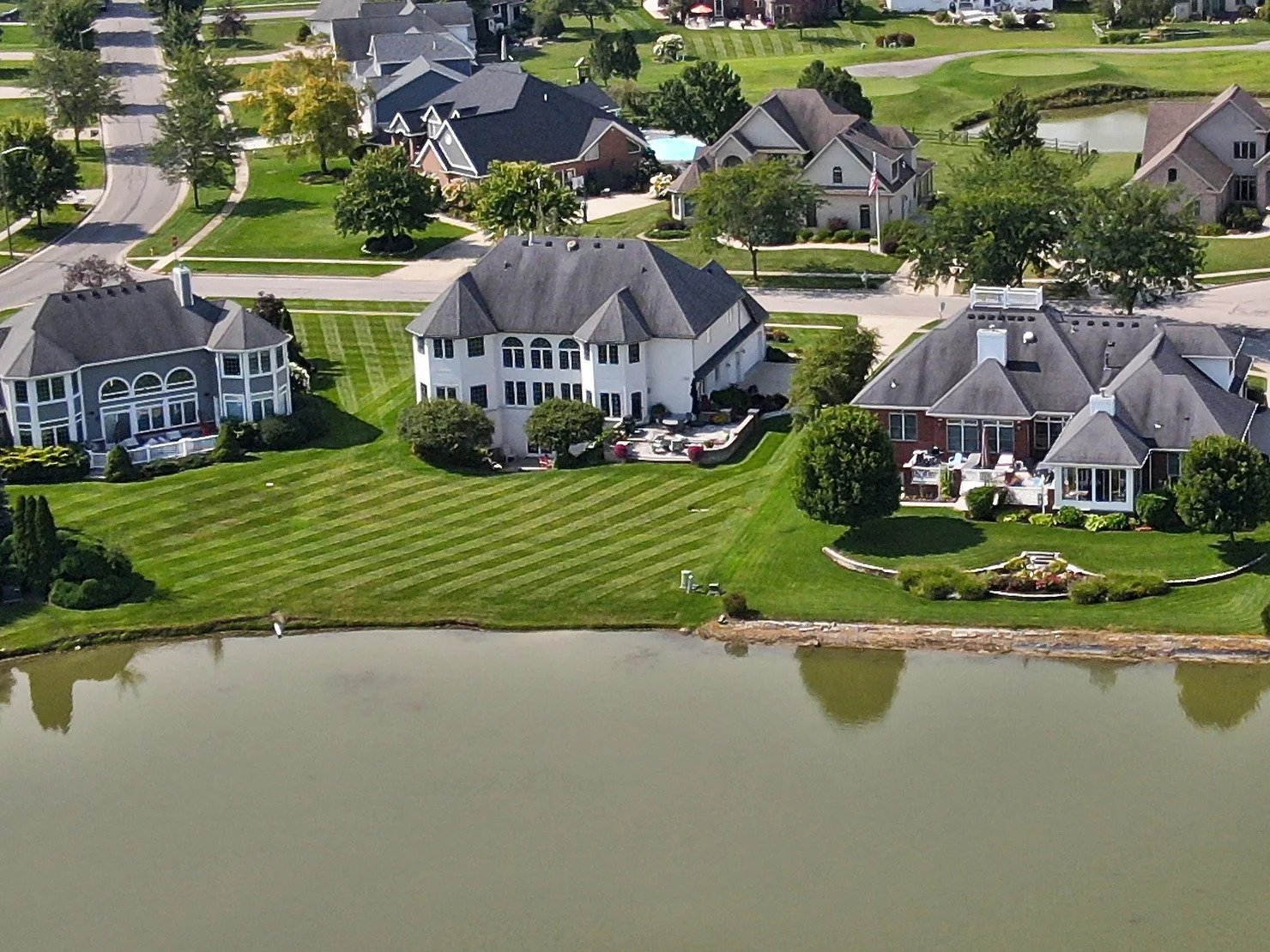 What can be done to eliminate it?

The good news is that there are several ways to control this issue. Several different low-pressure mix treatments exist that kill the bacteria. Some that claim success include one or more of the following; TriSodium Phosphate (TSP), bleach, copper sulfate, sodium hypochlorite, or other biocides. Never give in to the temptation to use a high-pressure wash to remove the discoloring. This will most likely lead to more significant shingle damage and may remove the protective stones from the top of the shingle. William Woodring, the Director of Technical Services at GAF, suggests gently spraying on a solution made from one cup of trisodium phosphate (available at most hardware stores), one gallon of bleach, and five gallons of water and letting it sit for about twenty minutes. “Apply the treatment on a cloudy day, so the liquid doesn’t just evaporate,” says Woodring. Be sure to protect the plants and bushes that might be affected by the bleach runoff with plastic tarps. Then, rinse with a soft-pressure wash. One product, Roofmaxx, uses a soy based application which they claim softens the shingle making it less brittle. Because gloeocapsa magma is spread house to house through the air, this treatment may need to be done annually in some areas.

Another solution is to install copper strips along the ridgeline. The strips release minute quantities of the copper with each rain creating an uninhabitable environment for the bacteria. Or, at the time of installation choose a shingle that is advertised by the manufacturer to be algae resistant. Many of these have copper granules embedded into the shingle serving the same purpose as the strips.

Want to join the discussion?
Feel free to contribute!

More Than Just an Inspection, Guaranteed

We really appreciate your detailed explanation after inspection. We didn’t expect such a great details like what you did.

Prompt, professional, polite, and thorough. A genuine pleasure to do business with.

When you schedule your home inspection online, you will receive a confirmation email.